To share your memory on the wall of Muriel Brown, sign in using one of the following options:

Print
On Tuesday April 6, 2021, God sent one of his angels on a special assignment to gently lift his servant Muriel from earth and bring her home to glory as her work her is now complete.

Muriel E. Brown was born on June 2, 1953. She was ble... Read More
On Tuesday April 6, 2021, God sent one of his angels on a special assignment to gently lift his servant Muriel from earth and bring her home to glory as her work her is now complete.

Muriel E. Brown was born on June 2, 1953. She was blessed to have two father’s Eric A. Riddock (Step-Father) and Lawrence F. Howard (Biological) as well as her beautiful mother Emily Riddock. Muriel grew up in the Soundview section of the Bronx. That is where she became the social butterfly we know today!
Muriel matriculated through New York City’s public school system. She attended P.S. 107 for Elementary School and moved up to M.S. 101 for Middle School. Muriel went to Mother Cabrini High School. There she found her love of the arts. Be it drawing or acting she loved it! Muriel was in a production of Jesus Christ Superstar, while in attendance at Mother Cabrini where she played the role of Mary Magdalene. She sang beautifully. She also learned two languages Spanish and Italian and spoke them both fluently. After receiving her high school diploma, Muriel went on the attend Staten Island Community College. She studied English Language Arts and Literature. Her writing was impeccable, if needed a good essay, she would be the one to go to.
Muriel worked at Pathmark Supermarkets on Bruckner Blvd. as a cashier for many years until she secured a job at NYNEX (which eventually changed to Bell Atlantic NY) as a customer service Representative in 1975. Muriel got to do something that came easily to her, which was communicating with people. Just about this time her only child Tina Monique was born to her and Walter L. Brown. Muriel transferred to Bell Atlantic NJ/Verizon in the early eighties.
Muriel for all her life dared to be different. She was the “Skittle” of the family. For all who knew her, she was a vibrant dresser. Everything must match from head to toe. She was well liked from her hairdresser right down to the Animal Hospital that cared for her pets. She would call Cameron Animal Hospital everyday just to see how they were doing. Not to mention making them cakes just because.
Muriel loved to be surrounded by her family and friends. If music was ever playing, Muriel loved to dance to it! In between working, Muriel also loved going on Cruises. She was the life of the party on whichever Cruise ship she was on.
Muriel is predeceased by her father Lawrence F. Howard.
Muriel leaves to cherish her love and memory; her parents Eric and Emily Riddock, daughter Tina M. Brown, grandson Erick C. Wilson, siblings Eric A. Riddock III, David Riddock, Michelle Howard, Roxanne Smith, Lawrence Stokes, Corey Howard, Crystal Howard, Tara M. Howard, Hasan Charles and Lisa Johnson, Sister-In-Law Salma Riddock, Brother-In-Law Darryl Smith, cousins Jennifer Bailey, Nichole Hall and Goddaughter Ericka C. Payne. She is affectionately called Auntie Cheese by Scott W. Smith, Raheen Harris, Marissa Riddock, Daishawn Harris Sharissa Riddock, Isaiah Smith, James Smith, Eric A. Riddock, Great Nieces Jayda Mc Clurkin, Emily E. Smith and a host of family and friends.
We would like to leave you with what she always said when she ended her conversation “Love You Later”!

Michael Caggiano Jr is inviting you to a scheduled Zoom meeting.

To plant a memorial tree in honor of Muriel Brown, please visit our Heartfelt Sympathies Store.

We encourage you to share your most beloved memories of Muriel here, so that the family and other loved ones can always see it. You can upload cherished photographs, or share your favorite stories, and can even comment on those shared by others.

Posted Apr 17, 2021 at 10:09pm
My "otha" mother... I would always tell you I don't know what I would do without you... and you would say "let's hope we never find out". I can't begin to describe how much I will miss you. We talked about anything and everything. You took me on my first cruise. You were just a light in my life that I could always count on. My mother died last year and now you almost a year later. My heart is broken. There are reminders of you all over my home and my little SpongeBob you bought on the cruise that sits next to my bed. I will cherish all of the memories of the amazing and fun times we shared whether in person or on the phone. You can never be replaced and I think you knew how very much I loved you because we always said it to each other before we hung up the phone. I'm happy you are at peace and I know you are flying high with the angels... and talking away LOL... I Love you Muriel and you will never ever be forgotten! 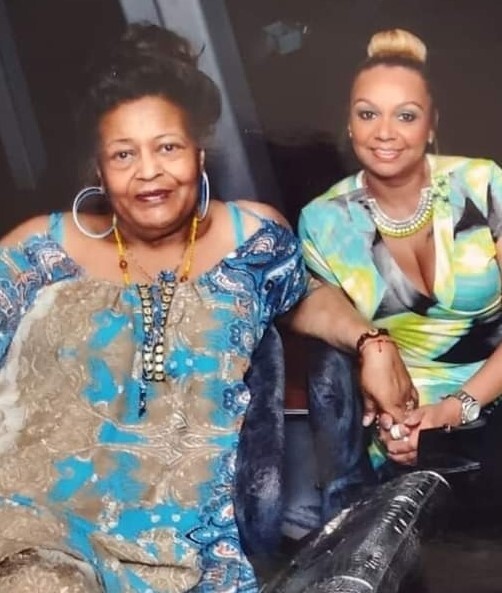 Posted Apr 16, 2021 at 12:04pm
Muriel was a close coworker of mine at Verizon in Newark. She was my sista. We would laugh, fight and laugh all over again day after day. We walked in the building every morning and walked out together to our cars every evening. She was a loyal friend who would brighten your day just with her laugh. Gone way too soon. I love you Muriel. Rest In Peace my friend
Comment Share
Share via:
DR 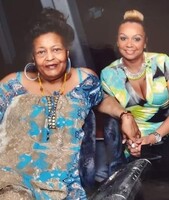 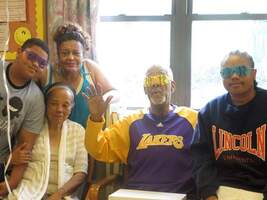