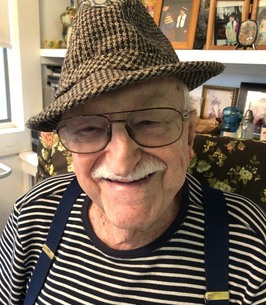 Dr. Robert Thomas Latimer, M.D. (December 21, 1930 - April 7, 2022) a Psychiatrist in Montclair (retired) was born in 1930 in Ponce, Puerto Rico. His father, Guillermo Latimer, operated the family coffee plantation, known as “La Pica”, in nearby Jayuya, where Robert grew up. After college he studied Medicine at the University of Barcelona, Spain, where he met his future wife of 66 years, Rosa.
After marriage and with two young children, the family returned to the U.S. in 1957, first to Puerto Rico, and eventually settling down to a home and medical practice in Montclair, NJ. Dr. Latimer was a therapist, having an office in Cedar Grove, and later went on to become one of the first Diplomats of the New Jersey Board of Forensic Psychiatry, his primary field of practice until his retirement in 2010.
Robert always kept in close contact with his extended family in Puerto Rico and Virginia. He pursued a never-ending quest of seeking new experiences. He loved to travel, spoke several languages, and always tried to embrace other cultures. He was known for his intellectual curiosity, humor, kindness, and generosity. He touched everyone who came into his path with warmth and tried to make them feel special. He enriched us all - whether telling stories with dramatic flair, reciting poetry, or singing songs. He was always inviting people to share a meal or even to stay over at his home. One only had to meet him for a few minutes to fall in love with him. He enjoyed many blissful family summers in Cape Cod with the family dog, Chula, and their small outboard boat, the “Ego 1”.
He is predeceased by his eldest son, George and survived by his wife, Rosa, and three children, Peter, Edward, and Charles, and his six grandchildren, who affectionately called him “Yayo”.
He died peacefully of natural causes on Thursday, April 7, at his home in Montclair.

He will be dearly missed.

Visiting hours Sunday April 10th from 1-3pm at Caggiano Memorial, with a memorial service to begin at 3pm at the funeral home.