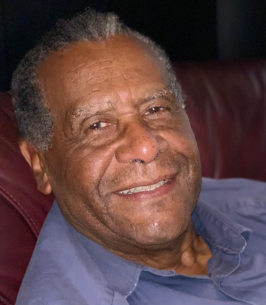 Carl Randolph, 81, of Lewes, Delaware, formerly of Montclair, passed away April 11 after a short battle of illness. Born on January 12, 1941, in Bloomfield, NJ the youngest of 8 children, he attended and graduated from Montclair High School in 1960. Immediately after graduating he joined the United States Air Force after which he resided in New Jersey until 2005, when he, his wife Luana and daughter Dacier moved to Lewes, Delaware. Carl was a loving father, brother and uncle who’s favorite pastime was working on his antique car, for which he won many awards over the years. Carl was preceded in death by the love of his life, wife, Luana Randolph in 2018, parents Robert and Tereasa Randolph, brothers Robert Jr, John, Fredrick and Harry, sisters, Teresa Smith, Ardesta Alexander, and his mother -in- law Essie Johnson. He is survived by his daughter Dacier Randolph, sister, Patricia Judd, his sister in laws, Janet Randolph, Wendelyn (Daniel) Black, Adria (Peter) Dorsher, and a host of nieces, nephews, great and great great nieces and nephews.