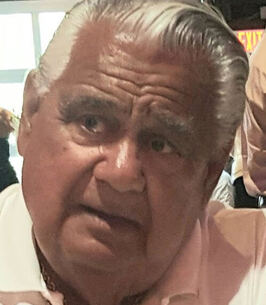 
Bobby was well known and loved by the Montclair community where he has lived all his life. Bobby could be found first in line at Nicolo's Bakery to get fresh bread for Sunday dinner with family, sharing a cold Budweiser (he always checked the date to make sure it was fresh) with his many friends, and of course many have memories of Bobby driving in his Cadillac with the license plate "VegasG". The license plate was acknowledgement of his deep love for his late wife Gloria who predeceased him in 2014. They were married for 45 years and loved to travel to Aruba and Las Vegas.

When not travelling he could be found working at Sam's Garage, a staple in Montclair since 1928 when it was started by his Father and then co-owned by him and his brother Sal (Poochie). He was also a member of the National Guard in his early years. After working over 70 years, the business was sold in 2008 and Bobby was able to spend all his time doing what he had loved all his life, spending time with Gloria and his family, especially his brother’s Poochie and Mike who he called Sleepy, his sister Fran who he always called Sister, and his many nieces and nephews. Bobby did not have children of his own, but he was a loving and generous stepfather to Gloria's three children and many grandchildren and great-grandchildren.

He is survived by his brother Sal Covello and his wife Karen (nee Barth), brother Mike Feeley, sister Frances Strain (Covello), his stepchildren Michele DeLeva, Robert Bamford and by his many nieces, nephews, and grandchildren.

He was predeceased by his wife Gloria, his sister, Carmella (Dolly) MacMahon (Covello), and his stepdaughter, Yvonne McGlynn.